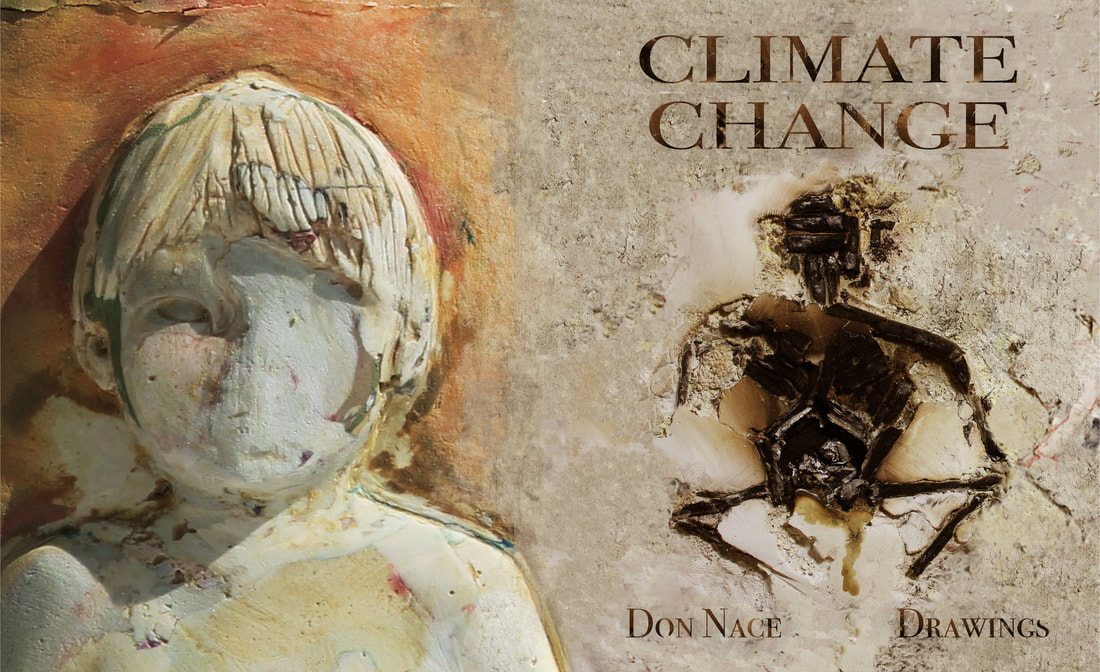 This is the cover of a book that catalogs all the drawings I have done over the last twenty years that I like. In that sense the book is a labor of love.  Too many of my creations were included to be of real interest except for a few but  I could bring myself to leave any behind. I only made about five copies of the catalog and, after passing them around, lost interest in the hard copy and now use this website as the catalog. My favorite drawings are the first few in each category.

​The cover is from a sculpture I made inspired by my grandson who came to this country from China when he was five. When I saw him my stomach turned to stoned because I was convinced at the time that the earth was doomed by our greed. I felt as if we had burned the womb that had given us life.

I sculpted a pregnant woman made of sticks and buried her in layers of plaster. On top of that I sculpted, as well as I could, my grandson. I tried to make it as precious to me as possible so when I destroyed the piece  it would hurt. I deserved to be hurt because I felt I was an all to willing accomplice the crime of destroying, or at the least, crippling the chances of my grandson to have a healthy planet to live on.

Although I hate the categorization, I am primarily a cartoonist. Cartoons are the quickest way to register the daily thoughts and emotions that I wanted to document. However, some aspects of life deserve a more concentrated effort. My family deserved such effort. I have included three paintings: my wife, my first born son and my youngest boy.
​
Professionally, I worked as a scenic artist painting sets for movies, broadway plays and television. Occasionally I was asked to create paintings to be used in the filming. I included four of them on this site

In 2005 a book of my drawings titled "Drawn Out" was published by Soft Skull Press. Many of those drawings are included in this website. The subjects are listed like a table of contents.

Dumpster Dive are orphaned drawings I just could not leave behind