Cowboy Dreams
My first summer job on a ranch was very eventful and is a good description of me and the world I grew up in. It is a long read but the gist if the story is pretty well summed up by the drawing below. 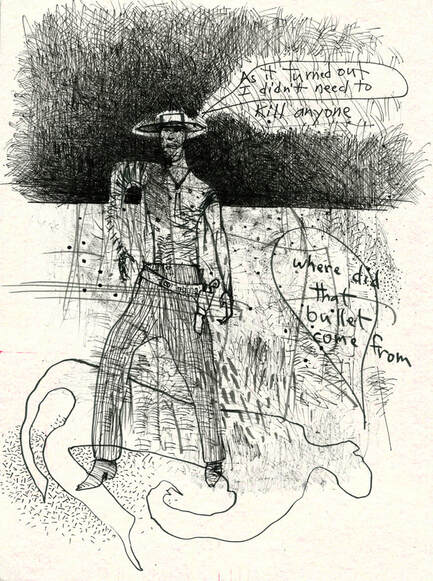 In 1963, after our sophomore year of high school, there seemed to be a consensus that the time had come to find a summer job. My friend, David, took a job at the Alliance Times Herald where his father was the editor. Ron worked at the soda fountain in Woolworth’s and Dennis had a job at his father’s car dealership.  The little grocery store my mother owned was not big enough to to need me full time and I lacked the confidence to apply at the local stores so I walked the three blocks to a little office behind Newberry’s Hardware and signed up at the unemployment office. It was one windowless room, one desk and one man with a few folders and a rolodex. The man behind the desk seemed to know all the available jobs off the top of his head which was bald with only traces of a past civilization of hair still visible on it.
The only jobs he had available were on the local ranches for the haying season. The caveat, he said, was that the ranches were a long ways away and I would need to live there while I worked. The ranchers provided lodging and food and paid a hundred and fifty dollars a month. My only knowledge about ranching came from the dozens, perhaps hundreds of cowboy, movies and television shows I had watched growing up. From that point of reference a job mowing hay on a ranch seemed more like an adventure than a job. I was terrified and thrilled.
“You have a car?” He asked “Cus there are three other men willing to work there but none of them have a car.” He held his hands apart as if holding up the odd nature of the world and shrugged. I got the joke. I was sixteen years, looked fourteen and was the only one with a car.
When I turned sixteen cars began popping up in my classmate’s driveways and the desire to own one was at fever pitch for every boy my age. Not everyone was able to have a car but those that did were guaranteed to have passengers. I think my mother was determined that I should have one so I could also have passengers. It was not an easy task for her. She worked ten to twelve hours a day at the little grocery store trying to wring as much income as she could from the neighborhood, which was the reason I needed to stay at home with my father. Later I also worked there after school and on weekends, trying to make sure we survived. Our house was run down and had not been much in the first place. The linoleum in the kitchen was even curling up around the cabinets and walls. We never used it the house much anyway because Mom cooked all the meals on a hotplate in the little room at the back of the store.  We found a cheap forty nine two door Plymouth, the age when cars looked like balloons. It had been a dark blue green but had faded away  on the tops of the fenders and roof to the light grey primer underneath.  It matched the style of our house perfectly.  However, I had a car ready to drive. 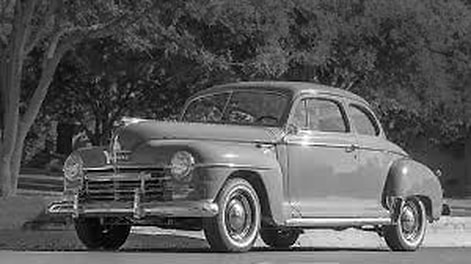 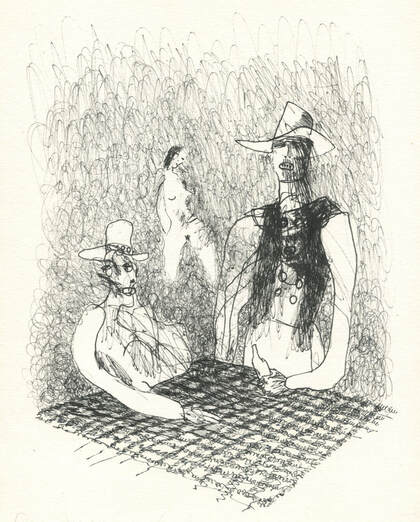